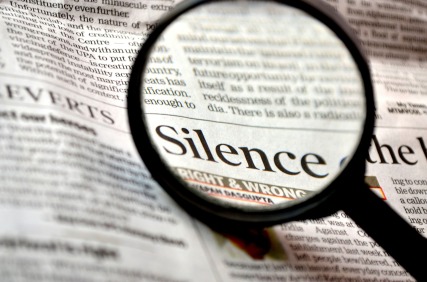 “If liberty means anything at all, it means the right to tell people what they do not want to hear.”― George Orwell

Free speech is not for the faint of heart.

Nor is it for those who are easily offended, readily intimidated or who need everything wrapped in a neat and tidy bow. Free speech is often messy, foul-mouthed, obscene, intolerant, undignified, insensitive, cantankerous, bawdy and volatile.

While free speech can also be tender, tolerant, soft-spoken, sensitive and sweet, it is free speech’s hot-blooded alter ego—the wretched, brutal, beastly Mr. Hyde to its restrained, dignified and civil Dr. Jekyll—that tests the limits of our so-called egalitarian commitment to its broad-minded principles.

Unfortunately, our appreciation for a robust freedom of speech has worn thin over the years.

Many Americans have become fearfully polite, careful to avoid offense, and largely unwilling to be labeled intolerant, hateful, closed-minded or any of the other toxic labels that carry a badge of shame today. We’ve come to prize civility over freedom. Most of all, too many Americans, held hostage by their screen devices and the talking heads on television, have lost the ability to think critically.

Societies that cherish free speech relish open debates and controversy and, in turn, produce a robust citizenry who will stand against authoritarian government. Indeed, oppressive regimes of the past have understood the value of closed-mouthed, closed-minded citizens and the power inherent in controlling speech and, thus, controlling how a people view their society and government.

We in the United States have a government with a ravenous appetite for power and a seeming desire to turn the two-way dialogue that is our constitutional republic into a one-way dictatorship. Emboldened by phrases such as “hate crimes,” “bullying,” “extremism” and “microaggressions,” the government is whittling away at free speech, confining it to carefully constructed “free speech zones,” criminalizing it when it skates too close to challenging the status quo, shaming it when it butts up against politically correct ideals, and muzzling it when it appears dangerous.

Free speech is no longer free.

Nor is free speech still considered an inalienable right or an essential liberty, even by those government entities entrusted with protecting it.

We’ve entered into an egotistical, insulated, narcissistic era in which free speech has become regulated speech: to be celebrated when it reflects the values of the majority and tolerated otherwise, unless it moves so far beyond our political, religious and socio-economic comfort zones as to be rendered dangerous and unacceptable.

Consider some of the kinds of speech being targeted for censorship or outright elimination.

Offensive, politically incorrect and “unsafe” speech: Disguised as tolerance, civility and love, political correctness has resulted in the chilling of free speech and the demonizing of viewpoints that run counter to the cultural elite. Consequently, college campuses have become hotbeds of student-led censorship, trigger warnings, microaggressions, and “red light” speech policies targeting anything that might cause someone to feel uncomfortable, unsafe or offended.

Bullying, intimidating speech: Warning that “school bullies become tomorrow’s hate crimes defendants,” the Justice Department has led the way in urging schools to curtail bullying, going so far as to classify “teasing” as a form of “bullying,” and “rude” or “hurtful” “text messages” as “cyberbullying.”

Hateful speech: Hate speech—speech that attacks a person or group on the basis of attributes such as gender, ethnic origin, religion, race, disability, or sexual orientation—is the primary candidate for online censorship. Corporate internet giants Google, Twitter and Facebook are in the process of determining what kinds of speech will be permitted online and what will be deleted.

Dangerous, anti-government speech: As part of its newly unveiled war on “extremism,” the Obama administration is partnering with the tech industry to establish a task force to counter online “propaganda” by terrorists hoping to recruit support or plan attacks. In this way, anyone who criticizes the government online is considered an extremist and will have their content reported to government agencies for further investigation or deleted.

The upshot of all of this editing, parsing, banning and silencing is the emergence of a new language, what George Orwell referred to as Newspeak, which places the power to control language in the hands of the totalitarian state. Under such a system, language becomes a weapon to change the way people think by changing the words they use. The end result is control.

In totalitarian regimes—a.k.a. police states—where conformity and compliance are enforced at the end of a loaded gun, the government dictates what words can and cannot be used. In countries where the police state hides behind a benevolent mask and disguises itself as tolerance, the citizens censor themselves, policing their words and thoughts to conform to the dictates of the mass mind lest they find themselves ostracized or placed under surveillance.

Even when the motives behind this rigidly calibrated reorientation of societal language appear well-intentioned—discouraging racism, condemning violence, denouncing discrimination and hatred—inevitably, the end result is the same: intolerance, indoctrination and infantilism.

Thus, while on paper, we are technically still free to speak, in reality, we are only as free to speak as a government official or corporate censor may allow.

The U.S. Supreme Court has long been the referee in the tug-of-war over the nation’s tolerance for free speech and other expressive activities protected by the First Amendment. Yet as I point out in my book Battlefield America: The War on the American People, the Supreme Court’s role as arbiter of justice in these disputes is undergoing a sea change. Except in cases where it has no vested interest, the Court has begun to advocate for the government’s outsized interests, ruling in favor of the government in matters of war, national security, commerce and speech. When asked to choose between the rule of law and government supremacy, this Court tends to side with the government.

In the 225 years since the First Amendment to the U.S. Constitution was adopted, the rights detailed in that amendment—which assures the American people of the right to speak freely, worship freely, peaceably assemble, petition the government for a redress of grievances, and have a free press—have certainly taken a beating, but none more so than the right to free speech.

What we have instead is regulated, controlled speech, and that’s a whole other ballgame.

Just as surveillance has been shown to “stifle and smother dissent, keeping a populace cowed by fear,” government censorship gives rise to self-censorship, breeds compliance, makes independent thought all but impossible, and ultimately foments a seething discontent that has no outlet but violence.

The First Amendment is a steam valve. It allows people to speak their minds, air their grievances and contribute to a larger dialogue that hopefully results in a more just world. When there is no steam valve—when there is no one to hear what the people have to say—frustration builds, anger grows and people become more volatile and desperate to force a conversation.

The problem as I see it is that we’ve lost faith in the average citizen to do the right thing. We’ve allowed ourselves to be persuaded that we need someone else to think and speak for us. The result is a society in which we’ve stopped debating among ourselves, stopped thinking for ourselves, and stopped believing that we can fix our own problems and resolve our own differences.

In short, we have reduced ourselves to a largely silent, passive populace, content to watch and not do. In this way, we have become our worst enemy. As U.S. Supreme Court Justice Louis Brandeis once warned, a silent, inert citizenry is the greatest menace to freedom.

Brandeis provided a well-reasoned argument against government censorship in his concurring opinion in Whitney v. California (1927). It’s not a lengthy read, but here it is boiled down to ten basic truths:

1. The purpose of government is to make men free to develop their faculties, i.e., THINK. 2. The freedom to think as you will and to speak as you think are essential to the discovery and spread of political truth. 3. Without free speech and assembly, discussion would be futile. 4. The greatest menace to freedom is a silent people. 5. Public discussion is a political duty, and should be a fundamental principle of the American government. 6. Order cannot be secured through censorship. 7. Fear breeds repression; repression breeds hate; and hate menaces stable government. 8. The power of reason as applied through public discussion is always superior to silence coerced by law. 9. Free speech and assembly were guaranteed in order to guard against the occasional tyrannies of governing majorities. 10. To justify suppression of free speech, there must be reasonable ground (a clear and present danger) to believe that the danger apprehended is imminent, and that the evil to be prevented is a serious one.

Perhaps the most important point that Brandeis made is that freedom requires courage. “Those who won our independence by revolution were not cowards,” he wrote. “They did not fear political change. They did not exalt order at the cost of liberty.” Rather, they were “courageous, self-reliant men, with confidence in the power of free and fearless reasoning applied through the processes of popular government.”

In other words, the founders did not fear the power of speech. Rather, they embraced it, knowing all too well that a nation without a hearty tolerance for free speech, no matter how provocative, insensitive or dangerous, will be easy prey for a police state where only government speech is allowed.

What the police state wants is a nation of sheep that will docilely march in lockstep with its dictates. What early Americans envisioned was a nation of individualists who knew exactly when to tell the government to go to hell.

This article first appeared at Washington’s Blog: The Right to Tell the Government to Go to Hell: Free Speech in an Age of Government Bullies, Corporate Censors and Compliant Citizens