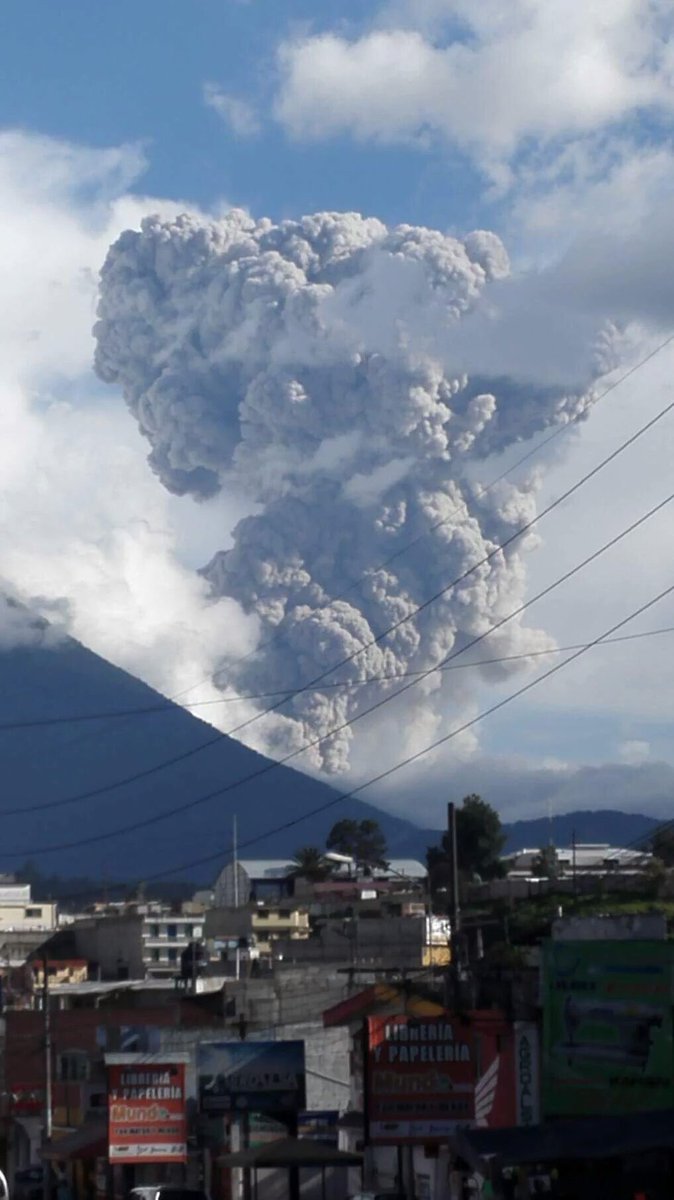 Santiaguito (Guatemala): The elevated activity from the Caliente lava dome continues to produce intermittent strong vulcanian eruptions every few days or so: yesterday afternoon at 16:16 local time, a powerful explosion produced an ash column that rose to 5 km altitude and generated pyroclastic flows on the SW and SE side of the lava dome.
The ash plume drifted west and northwest, causing again mild to moderate ash fall in nearby communities in up to 20-30 km distance.
The explosion itself seems not o have caused any particular damage, but INSIVUMEH warns that the currently strong rainfalls can trigger dangerous lahars (mud flows) at any time.

Fuego (Guatemala): The 10th paroxysmal episode at the volcano in 2016 has come to an end and the volcano is now back to its normal state of intermittent mild to moderate strombolian explosions, ejecting incandescent material up to 100 m above the summit vents, at intervals of 1-2 hours on average.
The explosions (13 in total recorded by INSIVUMEH during the past 24 hours) produced ash plumes of 500-1000 meters height. The stronger ones were accompanied by weak shock waves and caused ash plumes that drifted up to approx. 10 km before dissipating.

The voluminous lava flows on the SE side erupted during the eruption in the past days (s. b.) were no longer alimented this morning according to INSIVUMEH, although their fronts and sides remain incandescent (likely, caused by the remaining fluid lava contained in their centers which continues to move a bit).
Fuego’s 10th paroxysm in 2016 – summary:

Turrialba (Costa Rica): The volcano continues to produce intermittent mild ash emissions in phases that last several hours to days. During yesterday, ash plumes rose 200-300 meters from the crater and were quickly blown and dispersed to the west.
In short, activity has not changed significantly during the past week. Costa Rica’s Red Sismológica Nacional (RSN) records elevated tremor during such episodes and closely follows the volcano’s activity.

Calbuco (Southern Chile and Argentina): The alert level was raised a notch last week, as volcanologists from SERNAGEOMIN started to record a significant increase in seismicity associated with a slight inflation of the volcanic edifice,- typical signs of magma intrusion at depth under the volcano.
No particular signs of unrest are (for now) visible on the surface of the volcano which had a spectacular series of eruptions in April last year.