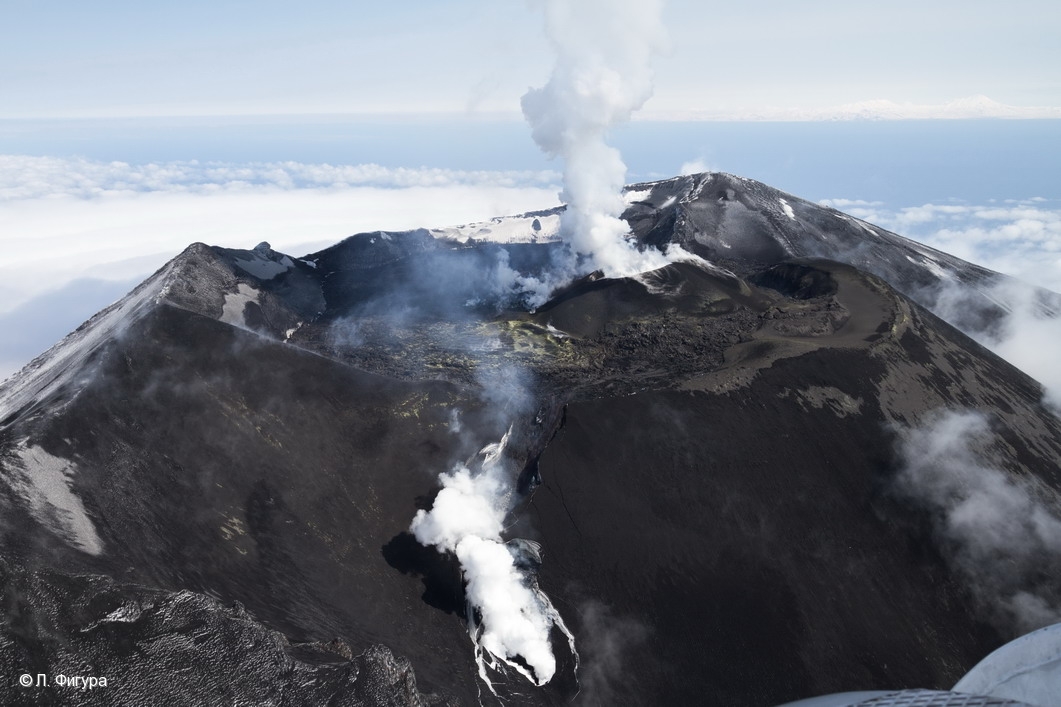 Kliuchevskoi (Kamchatka): The effusive-explosive eruption of the volcano continues. The active lava flow on the eastern slope remains well alimented and ash emissions from intense strombolian activity at the summit often generate smaller and moderately sized ash plumes that reach several hundred meters of height above the crater.
During end of June, a series of collapses occurred from the lava flow on the eastern slope, generating small glowing avalanches.
The rhythmic explosive activity at the summit crater also generates occasional “smoke rings” (or better: gas rings, ring vortexes created by rapid degassing through circular vents) such as the one shown in the second picture attached.

Alaid (Northern Kuriles): The activity at the volcano has again picked up. An intense thermal anomaly is visible on recent satellite data and is stronger than during the preceding eruptive…