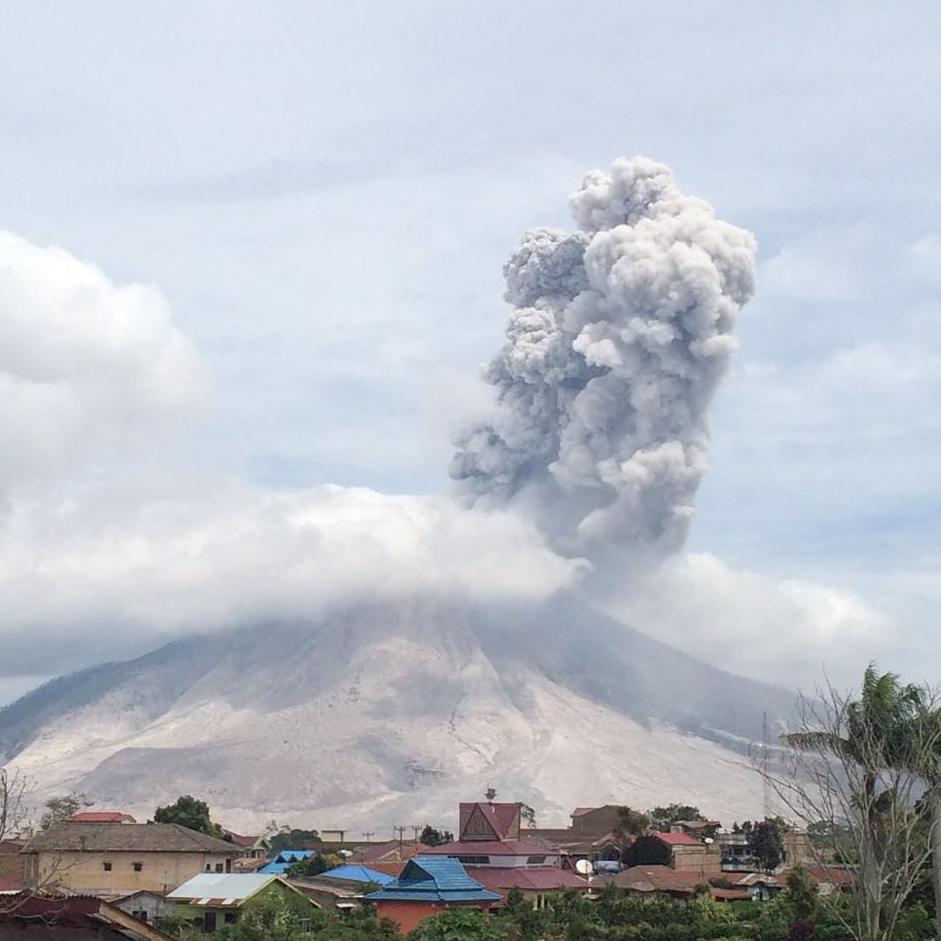 Brava (Cape Verde): Seismic activity has decreased since its peak with shallow earthquakes around 2 August which had triggered fears that a new eruption could occur in the near future. Authorities remain at alert while groups of scientists are currently monitoring the situation.

Sinabung (Sumatra, Indonesia): The series of relatively frequent explosions continues. One this morning at 11:03 local time sent an ash plume to 1600 m above the summit.

Reventador (Ecuador): At the moment, this is Ecuador’s most active volcano. According to the Istituto Geofisico (IGEPN), its activity is “high”. A lava dome continues to grow at the summit crater.
Strong degassing generates a plume of steam and gas rising 500-1000 m and frequent small to moderate explosions produce ash plumes that rise to similar heights. In total, IGPEN counted 38 explosions during an 24 hour interval, based on seismic and webcam observations. Most of the time, these can not be observed directly due to frequent cloud cover.
Based on satellite observations, a stronger ash emission was reported by VAAC Washington this afternoon (at 14:18 UTC) with an ash plume reaching 19,000 ft (6.5 km) altitude, or approx. 2 km height above the crater.

Cotopaxi (Ecuador): The activity of the volcano, both internal (seismic, deformation etc) and at the surface, remains low. IGEPN reports that mild steaming and degassing continue.

Nevados de Chillán (Central Chile): Small, sporadic ash emissions continue to occur at the volcano on most days since they re-appeared in late July, showing that the volcano’s superficial hydrothermal system remains disturbed.
According to SERNAGEOMIN volcanologists, this new phase of surface activity is being caused by a small magma intrusion at 4-5 km depth which interacts with (transfers heat and gasses into) the overlying system of circulating fluids (water and gasses) which can become over-pressurized and then generate explosions at the surface (= phreatic activity).

Bristol Island (United Kingdom, South Sandwich Is): The eruption on the remote island seems to have come to and end or paused.
During the past 2 weeks, no more traces of ash emissions or lava flows have been detected on satellite imagery and the heat signal has decreased to more or less zero.