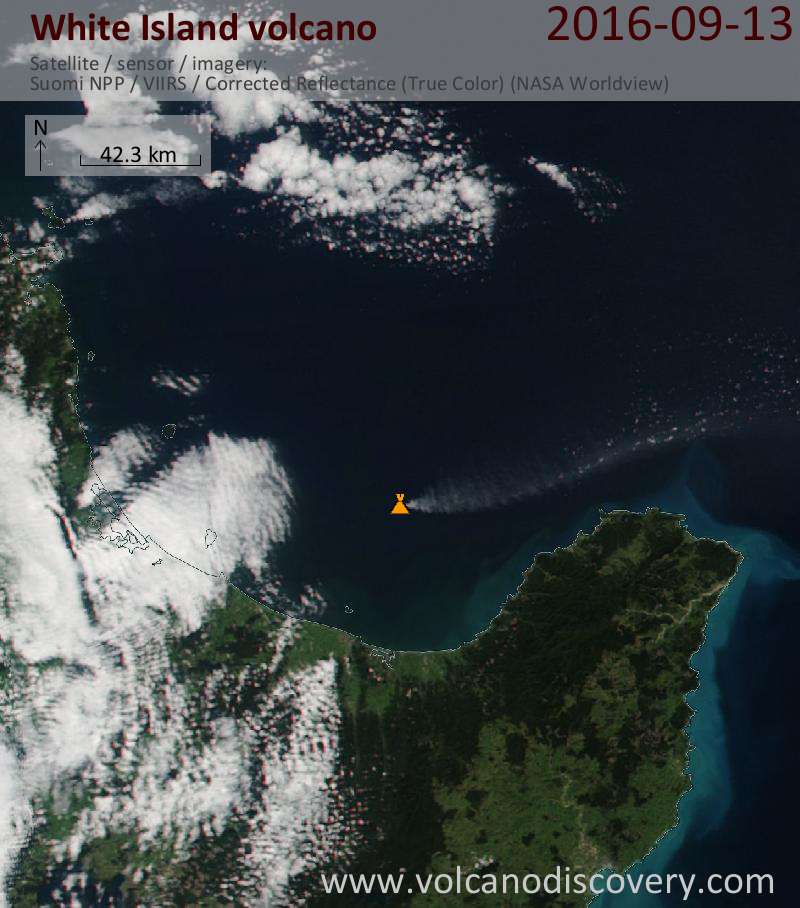 White Island (New Zealand): A small eruption occurred this morning from the volcano. Weak ash emissions were seen from the vent of the volcano’s 2012 lava dome in the central crater; the alert level was raised from 1 (green) to 3 (orange).
The eruption consisted in a phase of passive (without significant explosions) ash venting starting at about 11:50 local time. The activity produced a whitish-gray plume of fine ash that rose a few hundred meters and was blown by strong winds to the east where it formed a narrow plume several tens of kilometers long.

In its latest bulletin, GeoNet states that “there has been no escalation in the level of activity at White Island since late morning. Seismic activity remains low on the island. Some of our cameras are now been affected by ash and steam, so we may not see much from them in the short term.”